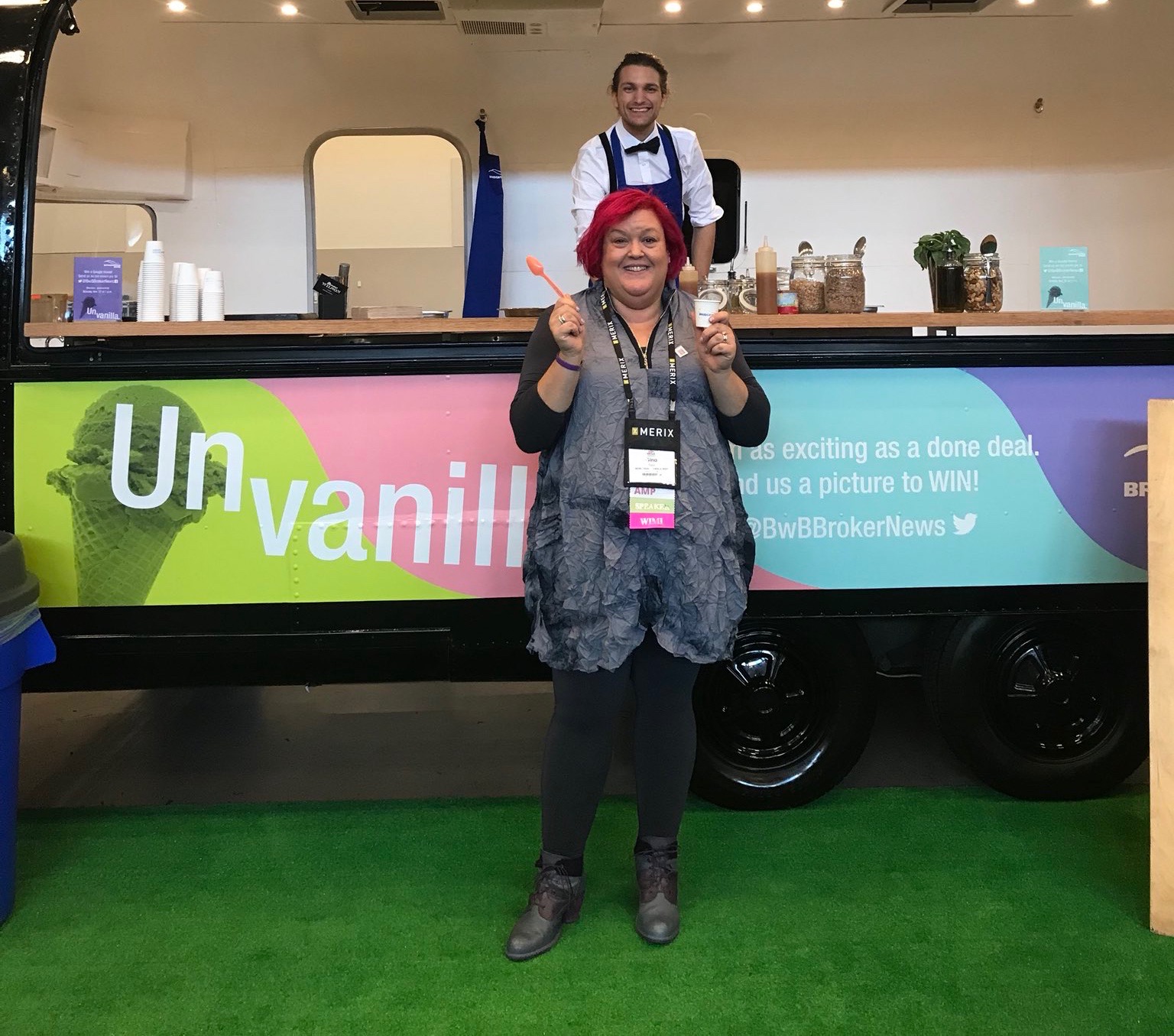 This post has been floating around in my head all week. Finally, today I was able to articulate my thoughts in words.

Last weekend I presented at Mortgage Professionals Canada. It was an awesome experience. Everything. All the hard work I put in (and I put in A LOT) and all of the practicing really paid off. I stood in front of a crowd of 100 people and did my thing. The feedback I received was excellent. It was a dream. I caught it and lived it. And it forced me to deal with some really deep emotional shit of my own—which I didn’t see coming.

You see, I spent the next day (or two, actually) with a severe emotional hangover. This wasn’t that surprising; my presentation two days prior was my story. It was a recollection and dissection of the last 18 months of me. It was my “journey” with—and through—breast cancer. Standing in front of an audience and sharing that story was terrifying. It was also cleansing. It was really good for my soul. I was so far out of my comfort zone. Before I hit the stage, I was nervous. Someone noticed and said, “Don’t be nervous” to calm my fears. But I wanted to be nervous. It made me feel alive. It was an indication that I was about to speak my truth.

The timing of all of this was very fitting. This week marks one-year since I had my mastectomy. 365 long, arduous days. November 29th, 2016.

One year ago I released my left breast and with it the cancer that was in there. The silver lining: Today, I am cancer free! But the journey remains a bumpy one.

I wish I could say that with the surgery everything else settled down and I was back to being myself. On the contrary, nothing went back to “normal.” The surgery was the easy part (I can’t believe I am saying that). All the stuff that came after was h-a-r-d. A good friend warned me: “The after is going to be hard,” he said. Wow—he was so right. It was the hardest. Some days, it’s still the most difficult.

Everything has changed over this last year. I had my implant filled slowly over the course of many months. I had another surgery (my 4th) thereafter. The aftermath of that one has been the toughest. And, to tell you the truth, I am still dealing with it. Sometimes, I don’t know my body anymore. And I am working hard to accept it as it is now—with a breast that doesn’t feel like a part of me (and literally has no feeling). I don’t think it looks very good even though others tell me it looks pretty good. I can’t see it. It’s not me. It’s different.

This was the first presentation I gave without my left breast. As Gina with an implant. Same woman and yet everything is different. I’m different.

Full disclosure: I stopped writing after the last sentence to call my friend and cry. This is a lot. This year has been a lot.

I’ve come a long way since that day a year ago. I’ve healed. I’ve cried. I’ve regained strength. Heck, I am almost at my deadlift goal at the gym. I am writing more. I am feeling more. I am talking about what I am feeling more. I am going after goals again (ahem… back to the presentation I did this week. Sooooo cool.) I can now see the future again. I see the sun on the horizon. Sometimes it’s cloudy, but I can see it. And I’m journeying forward, one day at a time, to get there.